An AP-NORC poll shows Americans from all political backgrounds support the resettlement of Afghan refugees in the country.

Despite intense polarization over U.S. immigration policies, a new poll released Monday shows the majority of Americans are in favor of relocating Afghans who worked with U.S. troops in Afghanistan.

The Associated Press-NORC Center for Public Affairs Research poll found that 72% of Americans said they supported granting refugee status to people who worked with the US or Afghan governments during the war in Afghanistan, whether they pass security checks.

The probe, which comes weeks after the US military completed its planned withdrawal from Afghanistan after the Taliban took control of the capital Kabul, showed support transcending political divisions.

Seventy-six percent of Democrats said they supported the relocation of Afghans working with U.S. or Afghan government forces, compared to 74 percent of Republicans, according to the poll. Overall, only 9 percent of Americans said they were against it.

Observers say the results show that most Americans see it as a duty to give Afghans a safe haven from potential Taliban retaliation after the nearly 20-year war.

“We owe it to them,” Andrew Davis, a 62-year-old Republican and military veteran in Galloway, Ohio, told The Associated Press. “It would be dangerous for them to stay there, I think, if they helped us.

Davis said he supported the acceptance of former Afghan employees of the US or Afghan governments and was prepared to do the same for other Afghans who felt unsafe because of the Taliban. But he stressed the importance of a security check for all Afghan refugees in order to eliminate any security risk.

“If we can do it… I think we should welcome them,” he said. “I mean, they’re obviously under threat.”

On September 30, Congress passed a resolution providing additional funding of $ 6.3 billion for the resettlement of Afghans, as well as benefits for Afghan parolees admitted to the country on humanitarian parole.

Thousands of Afghans have arrived in the United States so far. Many live on military bases while awaiting immigration processing before being allowed to begin their lives in host communities across the country.

“I want to be the representative of the Afghan people here in America,” Hashima, a 23-year-old Afghan woman, told Al Jazeera last month from the Fort McCoy military base in Wisconsin.

“I wanted to have full freedom to achieve my goals,” said Hashima, who is only identified by her first name due to security concerns.

Monday’s poll comes as President Joe Biden faces a critical immigration moment, with rights groups and other advocates urging the US leader to take a more ‘human’ approach than his predecessor Donald Trump amid waves of arrivals at the southern border of the United States.

Last month, more than 14,000 migrants, mostly Haitians, gathered under a bridge in South Texas in hopes of obtaining asylum in the United States.

The Biden administration responded by arresting and deporting more than 6,000 people on flights to Haiti, a country facing multiple political and humanitarian crises. Thousands more have returned to Mexico for fear of deportation.

Polls show that contrary to the attitude of the United States towards Afghan refugees, American opinions are much more divided when it comes to asylum seekers arriving at the southern border.

An ABC News / Ipsos poll released on September 29 found that 58% of Americans are in favor of migrants arriving at the southern border staying in the United States until their asylum claims are heard.

But the poll found a large partisan gap, with 83% of Democrats in favor of allowing asylum seekers to stay in the country while their cases are pending, compared to 27% of Republicans.

Previous What is the difference between RTGS and NEFT?

Next Column: Emmys Were Too White, So Was UNC's Media Production Program 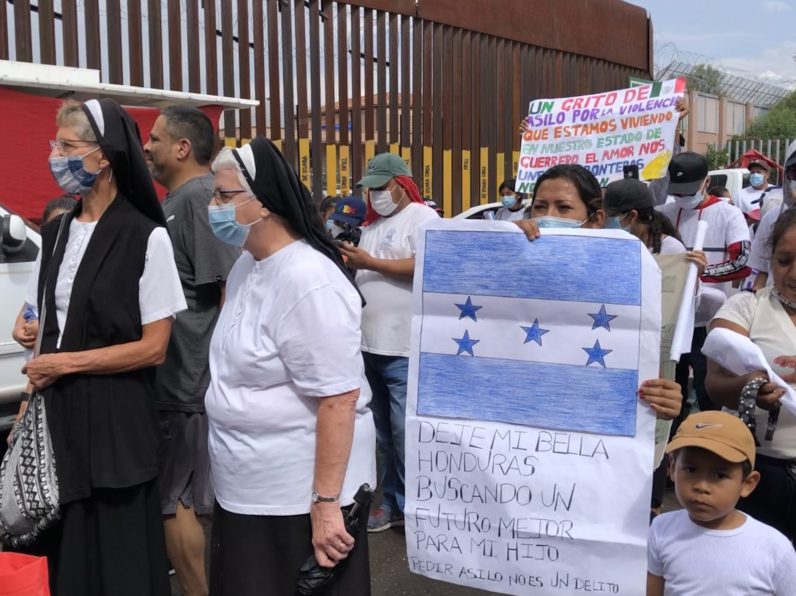