MAN plans to start serial production of electric trucks at its main plant in Munich from 2024. With the MAN eMobility Center now open at the factory, the commercial vehicle manufacturer lays the foundation for the production of large electric trucks. industrial quantities.

On an area of â€‹â€‹around 4,000 square meters, employees test the series production of battery-powered electric forklifts in real conditions and learn about the technologies of the future. By the end of 2023, all relevant skilled workers in Munich are expected to be qualified for mass production of electric trucks, according to the manufacturer. With the start of series production, MAN also plans to present a heavy-duty electric truck.

â€œElectromobility is the key technology for the transport of commercial vehicles of the future,â€ says Andreas Tostmann, CEO of MAN. â€œMAN is driving this progress forward with our customers. With the opening of the MAN eMobility Center in Munich, we are giving the starting signal to also start serial production of electric forklifts in the future.

The brand’s current electric truck, the eTGM, is currently only produced in small series. The Lion’s City E battery electric bus and the eTGE van, which is also fully electric, are already in series production, both at factories in Poland.

Due to the wide variety of bodies, superstructures and uses, the production of trucks is much less automated than the production of modern passenger cars. Although the assembly process in an auto factory makes little difference whether a tank is installed by hand in a station or a robot screws the finished battery under the vehicle, the effects on truck production are greater. for electric vehicles.

These are precisely the processes that MAN wants to optimize by mass-producing in 2024. â€œAt the MAN Electric Mobility Center, we are developing the expertise that will allow us to embark on mass production of electric trucks,â€ says Michael, Chief Production Officer. Officer. Kobriger. â€œHere, employees at the Munich plant receive training on next-generation technologies under real production conditions. The training program covers the production processes of electric trucks and how to handle high voltage technologies safely.

Even though electric trucks are currently slower to establish themselves in the market than electric buses – in part because of subsidy programs – the VW brand says it expects demand from transportation companies for local emission-free electric trucks will increase in the near future – “on the one hand because of the demands of climate policy and CO2 pricing, and on the other hand because it is becoming increasingly economical to ‘use electric vehicles’.

MAN competitor Daimler wants to start serial production of the battery-electric eActros as early as 2022, to be followed in 2024 by the eActros Long Haul truck, which is also battery-electric. Other manufacturers such as DAF or Volvo Trucks also already have battery-powered electric trucks in their range.

With a report by Sebastian Schaal, Germany.

Next World Pork Expo is back by growers, but industry faces uncertain future 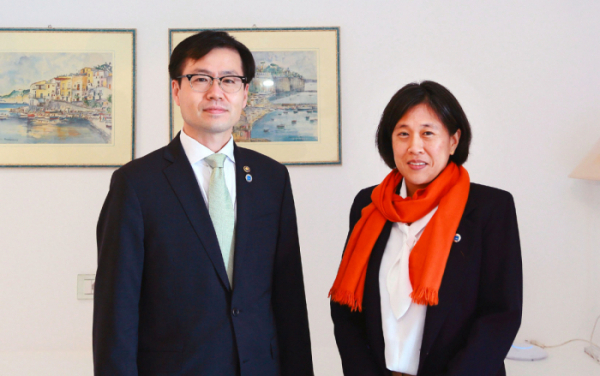